The Knicks Mix: 10 Years of Linsanity

It was a rush that could almost be akin to madness, hysteria, insanity; a rush that Knicks’ fans—and so many more around the world—felt for a few short weeks in February 2012. It was Linsanity.

Perhaps users of certain stimulant drugs will be able to relate to this feeling. A high preceded by an insufferable low. A sudden escalation that makes one feel nearly invincible, almost superhuman. And as quickly as it arrives, the feeling disappears again, leaving a painful void of wanting more, needing more… only to never feeling satisfied in the same way again.

It’s a rush that could almost be akin to madness, hysteria, insanity. A rush that Knicks fans—and so many more around the world—felt for a few short weeks in February 2012, now a long ten years ago. It was Linsanity.

Undrafted guard Jeremy Lin had only played 29 games in bit minutes as a backup role to Stephen Curry with the Golden State Warriors in his rookie season. One of the only Asian-Americans and players of Asian descent to ever play in the NBA, Lin was in and out of the lineup, spending his time between the G-League, and briefly in China. He was waived by the Warriors, and then, by the Rockets.

The Knicks, meanwhile, were a team suffering a dissolution so deep that they were almost numb to further pain. Despite featuring a star in Carmelo Anthony and the oft-injured Amar’e Stoudemire, the team struggled for consistency, searching for a boost to inspire the home crowd.

It was misfortune that gave Lin his first opportunity, as the injury-struck Knicks signed Lin to the team to bolster their point guard depth in late December 2011. Like his previous NBA stop, Lin was hardly utilised, logging only 55 NBA minutes for nearly six weeks.

And then, with the team looking down into another abyss (they had lost 11 of the previous 13 games), Coach Mike D’Antoni turned to Lin in a game against the New Jersey Nets on February 4, 2012. The guard exploded for 25 points, seven assists and five rebounds. It was a brief silver lining around a dark cloud. Knicks fans like me raised our eyebrows. This is nice, we thought.

Nice, would soon be a grave understatement. Impressed, D’Antoni handed Lin his first career start in the next game against the Utah Jazz. He was again unstoppable with 28 points and 8 assists, on the way to a surprising Knicks win without the help of Anthony and Stoudemire. A couple of days later, still without the two stars, Lin secured his first 20-10 points/assists game in a victory against the Wizards.

Suddenly, there was an unexpected jolt of new life for the MSG faithful. D’Antoni—temporarily at least—seemed to have found a solution to the team’s point guard concerns. But Lin’s rise signified something bigger than a straightforward underdog story of an underrated prospect; the 23-year-old son of Taiwanese immigrants also became the face of Asian-American representation in the basketball world. Unlike the Chinese former top pick Yao Ming—a 7’5” giant destined to dominate the hardwood court—Lin was much shorter (6’2”), but played with a feistiness and determination that inspired a great many young ballers of his and other immigrant communities in America. He was also a former graduate of Harvard, and thus, dispelled more notions of the stereotypical path to NBA success.

With each performance, Lin was breaking stereotypes and sending the basketball world into a frenzy. And where better to catch lightning in a bottle than when representing the New York Knicks? This was one of the NBA’s most beloved yet tortured franchises, a team that needed a saviour as badly as Lin’s career needed saving.

The anticipation, thus, was at a fever pitch at the Madison Square Garden when one of the most popular players in basketball history—Kobe Bryant—came to town with his Lakers. With New York’s established stars continuing to miss games, Lin outplayed Bryant in front of a raucous home crowd, dropping a career-best 38 points in yet another shocking Knicks victory.

The secret was out, and the whole world had to sit up and take notice.

The fifth straight victory came the next night on the road at Minnesota, in a close game where Lin was again the team’s top scorer and scored the go-ahead free throw in the final seconds. He was now crowned the Eastern Conference Player of the Week, and ‘Linsanity’ was beginning to feel like a religious experience for Knicks fans. But his rise also shone the spotlight on a likeable bunch of overachieving role players around him—Tyson Chandler, Landry Fields, Jared Jefferies, Iman Shumpert, Steve Novak, and more—each of whom made important contributions in their own small way in this injury-riddled squad.

If the win over the Lakers the siren-sound of Jeremy Lin’s rise, his performance in Toronto on Valentine’s Day 2012 permanently stamped his place as a true NBA hero. Lin finished the game with 27 points and 11 assists, and provided the Knicks with his signature play: a game-winner three-pointer with less than a second to go on the clock.

‘Linsanity’ was now a cultural phenomenon, bigger even the enormous outreach of Knicks fans or The Big Apple. He was a symbol for Asians, Asian-Americans, Ivy League graduates, underrated small guards, and almost any outsider, anyone who was made to feel small in their field.

Lin carried the Knicks to another win against the Kings in the next game, before the seven-game winning streak finally came to an end against New Orleans. Lin followed this loss with 28 in a win against the Mavericks on February 19.

The next day, just around two weeks since his first NBA start, he was on the cover of Sports Illustrated magazine. A week later, he joined rarefied air by making the SI cover a second consecutive time.

Like those strongest stimulant drugs, the high was quick and heady, almost like a fantasy come to life. A shot of fame and popularity and excitement.

And soon, it would all be over.

Anthony and Stoudemire would soon return to the lineup, boosting the Knicks’ depth considerably, and also limiting the need for Lin’s individual heroics. Opposing teams would soon begin to prepare for Lin, exploiting his weaknesses, limiting his opportunities. As a result, his shooting became more inefficient and his turnovers skyrocketed. The initial bubble had burst: Lin now had to face the daily pressures of being a starting point guard in the world’s most competitive basketball league.

By late March 2012, this new weight of expectations finally took its physical toll on Lin. He’d had a small meniscus tear in his left knee, and the surgery that followed prematurely ended his season. Without Lin, the Knicks were defeated in the first round of the playoffs by the eventual champions Miami Heat.

The few weeks of magic in February had felt like a dream. There were magazine covers, highlight packages, and skyrocketing jersey sales. And there was success: In his 12 starts before the All-Star break, Lin averaged 22.5 points and 8.7 assists per game, while helping the struggling Knicks to a 9–3 record.

The Knicks’ short liaison with the Knicks would end that offseason. Lin was a restricted free agent, and the Knicks didn’t match Houston’s lucrative offer sheet for him.

The grand lows and highs were over; Lin had now found a somewhat steady career as a regular starter for the Rockets. But passing time would relegate him on the bench again, and soon, he would become just another of the NBA’s many oft-traded journeymen. From Houston, he found himself with the Lakers, then with the Hornets, the Nets, the Hawks, and the Raptors. Playing bit minutes for a talented Toronto side in 2018-19, Lin tasted a new form of success, as the Kawhi Leonard-led team brought the franchise its first NBA title. Now, the one-time superhero also had a championship ring to add to his shelf of NBA memories.

Nowadays, just like how it was in the earliest days of his professional career, the NBA doesn’t seem to have a place for Lin anymore. Instead, the 33-year-old has played in China, continuing the grind under a smaller limelight.

As for the Knicks: the year after letting Lin go, the team rebounded with their best season in over a decade, somewhat quelling their disappointed fan-base. But that success was short-lived, and soon, the team was back in the doldrums again, back to embarrassing losses, bad contracts, to short flickers of hope, followed by lengthy periods of pain.

It’s been 10 years since that magical February, since the Knicks saved Lin—and Lin saved the Knicks. Now, the player seems mostly at peace with his journey; the Knicks however—facing another disappointing season—can only continue to dream for another magical spell, for lighting to strike and save them once again.

Knicks Mix: Big Questions from Around the NBA

– Is Ja Morant the most exciting player in the NBA? Still only 22, the third-year point guard has made quite a heady leap this season. Morant’s personal stats have all improved dramatically across the board, both in scoring and in his efficiency. But he is also the centrepiece of a Grizzlies team that stands 3rd in the West. Already an All Star this year, Morant has also pitched his name in MVP conversations; his effort and leadership style are especially reminiscent of a young Derrick Rose in his 2011 MVP season. With a career-high 52 points against the Spurs this week—a performance that included multiple mind-bending highlight plays—Morant has quickly become the hottest ticket in the league.

– Has DeMar DeRozan done enough to keep the ‘midrange’ alive? In today’s NBA, where the offensive focus is only on layups, free-throws, and threes, a marvellous throwback season by the Bulls’ DeRozan continues to give fans a taste of the rare, old-fashioned midrange dominance. Until the streak was recently broken, DeRozan had lodged an amazing ten consecutive game with 30+ points. In his thirteenth year in the league, the 32-year-old is miraculously having his best season in the NBA, and the continuing success of the Bulls makes him an MVP contender, too.

– Does Steve Nash have the maddest job in the NBA? The retired Hall of Fame point guard couldn’t have asked for a stranger gig as his first head coach appointment with the Brooklyn Nets. Already dealing with the talented yet complicated personalities of Kevin Durant and Kyrie Irving, Nash had to incorporate a third star—James Harden—into the mix last season. Then, injuries cut short what could’ve been a championship run. Then, vaccine mandates cut down Irving’s availability. Then, more injuries, more drama, and trade rumours. And now, Harden is already gone, replaced with another mercurial talent, Ben Simmons. On paper, this team looks near-invincible; but unless all the pieces are available and meshing seamlessly, Nash is likely to have many more sleepless nights. 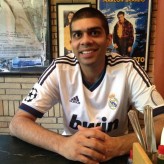 "Like Dennis Rodman, it would be annoying to play against you": Charles Barkley compares Draymond Green to the 7-time rebounding champion and famous Michael Jordan teammate

Lakers’ legend Shaquille O’Neal opens up about the Hack-a-Shaq strategy, talks about why it couldn’t…